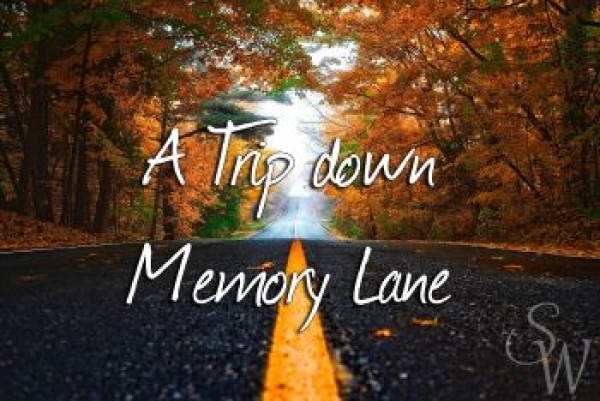 As much as stars shape country music, songs shape the stars.  Some songs turn out to be more than just "songs" for an artist.  They can change the trajectory of their career and send them to heights they dreamed of the day they got off the Greyhound with a guitar.

This is the second of my two-part series, and we'll look at career changing songs, we started in 1980's and are working our way forward. (PART 1 IF YOU MISSED IT) These are songs I played, and in some cases still play on the radio in my four decades in this format.  Also, this is NOT to minimize any of these artists songs before, since, or still.  But there are songs that really do make a gigantic difference, so let's take a look now.  Our biggest stars didn't just happen, they all had those breakout 3 minutes.

I was doing the morning show at WPCV in Lakeland, Florida at this time. McGraw had a few songs before this. Indian Outlaw peaked at #8, was a real favorite and got him noticed.  He also had a song called Welcome To The Club that I really liked before that that peaked at #47.  But the song that changed everything was this one by a mile.  It was an instant classic and stations will play this song for 25 more years.  This song is universally loved -  and after this, he went on a huge run that continues today. This song would have been a career changer for anyone. The written song is incredible and he was the perfect artist to bring it to life.  This is on a short list of country legendary songs.

Faith Hill had a number of big songs before this with very good success.  But this song signaled a big shift in her direction. This was a big, big country number one and had great success on charts outside of country and outside of the USA.  It also helped her shed the "country girl" image that she had built.  This was more pop sounding and was not at all like previous hits.  This is as good example of the perfect marriage of an artist and a song that I can think of.  I simply can't imagine anyone else singing this song.  She had a ton of new fans after this and brought many to our format. Her image and sound was forever different after this and so was her mass appeal.  Whether your favorite Faith was before this, or after, or both, what is undeniable as it even says in the song, this was the "pivotal moment" of her personal recording career.

This is an interesting song for many reasons.  It was well into his career and he had a lot of success before this that included three number ones since 1993.  BUT this song changed a ton. A gigantic hit, that made a great career into a mega career. After this song, Toby went on a run that included 11 of the next 13 songs going number one over a 5 year span.  His image shifted too, and Toby Keith was now a format leading artist for the next decade or so. This song spoke directly to about everybody on earth.  Who hasn't wanted to show an old crush that they are doing better than ever either directly or silently?  But the beauty of this song is it's done in a way that is relatable to both men and women, and has a casual feel that isn't offensive.  This song took a big star, and made him a bigger star. Hard to do!

This song is as big of a country hit and crossover hit song can be. Everyone loves it, and it's a staple in pop culture still.  This won awards and is a work of art. It was the ninth single of her career, and her only number one.  I was a big Womack fan as I thought she was real country, and I always rooted for her and felt she was a great vocalist and was highly believable. But this is the best example of having that gigantic song that sometimes can be too big.  This was a song that signaled the only time Lee Ann Womack would be number one, and only one more song would reach the top ten after this, the followup Ashes By Now  (A song I love too).  It is hard to out-do a song of this size.  This is a beautiful song, with a incredible message with terrific backing vocals by Sons Of The Desert that took her to heights any singer could only imagine. Plus a video that has a couple hundred million total views. Perfect artist, prefect song.

Here at WQMX, I was in the 6th year of hosting the morning show when Jason Aldean put out this song. He had a bunch of hits before this with great success and had a ton of fans.  But this song was on the charts about six years into his run, and the sheer popularity of this highy unique song catapulted him to a whole different level.  The album, My Kinda Party was immensely popular as well, and all singles from it (5) were huge hits.  Fans loved this song, and we couldn't play it enough. This song was so different at that time, it really cut through and showed another hue in his musical rainbow.  This song was very influential in the fact that others tried to "imitate" this song style after, but this was the OG.  As big as he was before this song, he was way bigger after.

Four years after his debut song this song hit the charts and changed everything for Luke Bryan.  This song plus a very memorable Country Awards show performance provided the springboard for him to reach superstardom.  Since this song, every single Luke Bryan song has gone at least to number 5 on the charts with the majority going number one.  Seldom does a 4 minute segment on national TV make as much of a difference as this one did.  Luke went from being a young hit maker to the top of the format almost over-nite.  This song is still a favorite on the air, and in his live shows.  This song, and that moment gave us the Luke Bryan we know today.   (TV Performance Below)

More in this category: « WYNN - THE EAT OF THE WEEK ! WYNN - TICKET STOPS ARE BACK! Pizza Hut! »
back to top