New Music From Tiera Kennedy: Found It In You 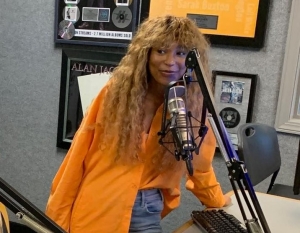 This morning, Scott and Sarah had country newcomer, Tiera Kennedy in studio. She sang a couple of her songs and then they played her debut radio single "Found It In You". We played it again tonight during 'New At 9' as our "New Song Spotlight"! Tiera wrote the song that is about true love and inspred by her husband Kamren Kennedy, and as she told Scott and Sarah earlier, this song is very special to her.

Could Luke Combs Be Any Better? 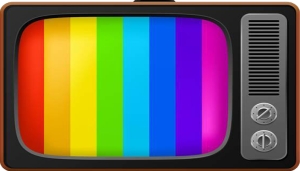 Love this!  When is he going to be on SNL?  For real Lorne Michaels should be dialing right now for the next host and musical guest... just sayin...

The place for people who love to fish but don’t have the faintest idea how to do it! @LukeCombs pic.twitter.com/Y6xpgc1K9U 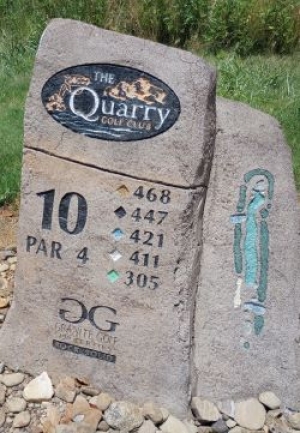 I was lucky enough to play The Quarry in Canton last week.  What an amazing golf course, set in the hills just a few miles from downtown.  Feels like more than a million miles away though. 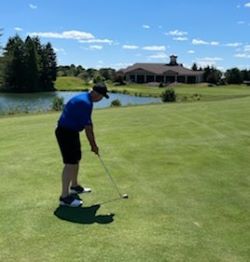 This course is a gem.  Cut in an old quarry, it is as beautiful as it is challenging. This is very unique golf in the fact it has a ton of terrain, and angulation from fairway to green. Trees, water, sand and just enough of each.  This course is the sheer definition of a northern course. You'll see nothing really like this very many other places. 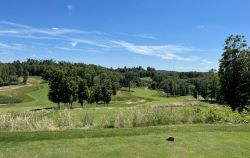 But the real separator of this course is this.  I have played plenty of golf courses "cut into a quarry".  And many of them are almost unplayable and certainly not very enjoyable. But The Quarry has done it right.  They have kept the character of the land, and quarry, but not made it unfair.  This is a thinking mans course.  If you use your head and play it the right way, it can be played well. 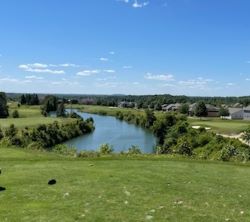 If you are out there flaying away with a semi-runaway driver and are not disciplined enough to club down, it'll be a long day. But the course is there to play anyway you see fit.  I recommend the smart plays though.  Driver must be very straight if you are leaning on it.   The greens are challenging, but nice, they held great and rolled same. But they too, have some terrain.  If you're looking for flat greens, this is not your day.

I teed it up there with my friend, Joe Wengerd, and we met Jamie Howell along the way, with his wife Michelle. He is one of four owners of The Quarry, and it was great to meet him and talk golf, and talk about the course itself.

Being honest, this is not a course for beginners, but it is a course worth playing. One of best public courses around anywhere in the area.  The prices are fair for a course of this caliber as well.  Fantastic food and facilities, just an all around home run for any golfer.

The beautiful, well worth playing  - The Quarry! 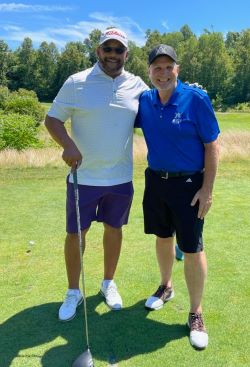 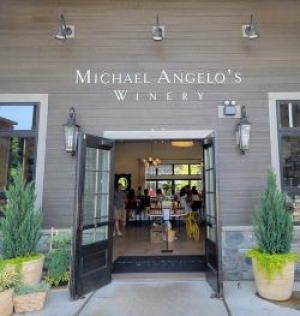 The Beautiful Windy and I love to drink wine together.  Many times it's on our patio, or by the fire, but last weekend it was at the Michelangelo Winery.  What a nice place, big too. We had a wonderful outdoor table and enjoyed a bottle of one of their Rose' with a delicious pizza and it was a great afternoon. 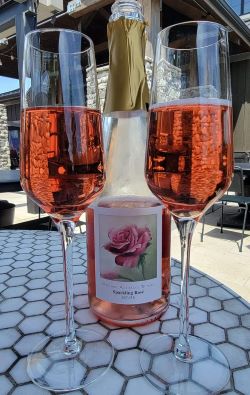 When we went to California Wine Country a few months ago, we decided we liked the whole "winery" thing, so we found a local one.  Needless to say, as much fun as we had, we will be back. 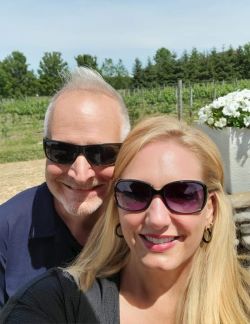 Nice place for a couple hour getaway.  On 176, near Richfield just a couple miles north of RT. 303 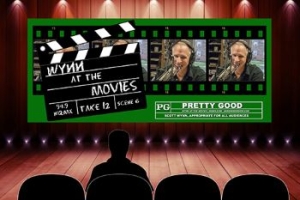 New This Week - Minions (The Rise Of Gru)

Next Week - Thor: Love And Thunder

What? - About 60% of us think we have what it takes to be an action movie star

Christian Bale - Says he'd play Batman again, but only if Christopher Nolan is the director (Story) 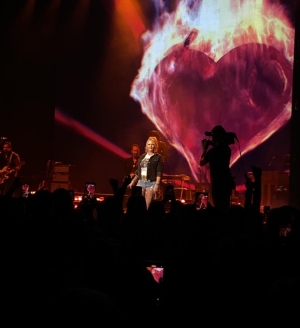 Miranda Lambert has released her next single from her latest album Palomino, it's called "Strange", and it's a reminder to always treat yourself right. The song, which will lift you up and take you to a happy place, was co-written by Miranda, Natalie Hemby, and Luke Dick.

Miranda says when it came to the bridge, they all wrote their own versions and ended up using lines from each persons bridge, so they ended up co-writing that part without even meaning to. They were all different, but the lines they took out of each bridge all fit together. 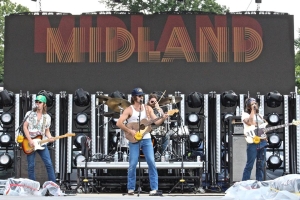 Midland have released their next single "Longneck Way To Go" featuring Jon Pardi. A classic tale of heartbreak, drowning your sorrows with some cold ones while closing down the bar, but still having some fun as depicted in the video for the song. 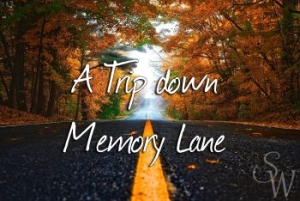 The Mega Star Series rolls on this week with Reba McEntire, as she is the very definition of mega star.  When I write these, a goal is to find the intangibles and the gifts these stars gave us outside of the music, as we know the music is great.  In Reba's case, what she has done outside of the music, may be bigger than what she did with the music. She has been a very important figure for our format, and still is.

Reba has come a long way from being a National Anthem singer on Sunday afternoons at local rodeos in Oklahoma.  She has racked up a ton of hits since 1980, won about every award you can, and done about all there is to do.  She came to Nashville and success was not immediate. A series of misfires that finally led to a little song called Up To Heaven in 1980, and things changed.  But even though she finally got on the charts with a top ten hit, there was still a mountain to climb.

Her First Number One Song

In the early 1980's, country was still dealing with the Urban Cowboy phase. Pop country was still the rule and just simply hearing Reba, there was little chance she would be confused with pop country. Her roots, sound and voice were traditional.  Not in talent, but in reality her very early career was sort of overshadowed by singers like Janie Fricke (incredible voice), Sylvia who was a pop country icon, Charly McClain who was very popular at the time and others.  Reba was positioned as the "every woman", singing songs of being very real and sticking to her country roots.  And in the end, it paid off.  As pop country began to, and finally did disappear, Reba was ready for a real run at greatness.

I Have Always Loved This Song - Patsy Cline-like

I feel she was part of real change in country when she emerged on the scene with George Strait, Alabama, Hank Jr., Earl Thomas Conley, and John Anderson. I think this group with Reba was the first step in a decade long powerful musical  change to a far more traditional sound, and she and this group deserve a whole lot of the credit. They gently asked pop country to leave and ushered in the new traditional sound.  1981 was a very important year that we just don't talk about enough, and she was at the center of it.

This Was A Big Hit

By the mid to late 80's Reba was the preeminent woman in country music without any question, and was one of our biggest overall stars.  But she soon became much more than that. She ran off a long line of major hit songs, but we would learn that was just the start of her greatness.  We soon found out she was funny, witty, and talented well beyond singing and performing. Her appeal was very reminiscent of Dolly Parton, as people just flat out liked her.  She started making movies, hosting award shows, making guest appearances and hosting TV shows.

She eventually got her own sitcom, Reba, which helped put a new TV network on the map. Reba, like Dolly, was known for being really likable, and not just a singer. Reba has been on Broadway and has played or sung on about every stage there is to perform on.  She is a great example of simply sticking with it as trends and styles change and adapting.  In her early musical days, she was pressured to be more poppy than she wanted to be as that was the style. She disagreed and kept it country, and it paid off.

Only #8 - But Fans Love Her Version Of This Song

Reba through it all achieved the success that few do. Dolly, her and Barbara Mandrell, in that era and the era shortly after did about as much as you could have for the success of country music. She introduced country to a whole lot of new people by being visible, effervescent and becoming wildly popular by using the radio, TV and the live stage to become an icon in pop culture without actually using the pop charts.  It's a tough line to walk, but all three did it. Becoming a star in country, and in pop culture, without alienating the country fan base.  Remarkably done by her and the other two.

There's a ton of hits, number ones and of course she has sold some 45 million albums in her incredible recording career, and none of that should be taken for granted or be overlooked.  But her success by and large can be attributed to the same formula used by Dolly.  You can't be a recording star forever, that's just the reality of it.  In our history, far too many have ignored that fact, or simply pretended it isn't true.  So Reba, like Dolly has gone through a series of career reinventions, personal style and direction changes to stay in the spotlight, stay current, and to stay relevant.

So do you remember her, or think of her more of a country singer, or simply a part of our lives?  I have played every single Reba song on great radio stations all across the country over 40 years worth, and watched her dominate our format and the radio for a couple decades. But I see her more as an overall star, that got her start singing country music.  I'm not minimizing it, but she moved on, without moving on, and that was genius.  Not many get the chance, or maybe better stated, have the savvy to do what she and a very few others have done.  To be at the top of everything there is to do, and  do it well and keep every single fan.

Reba McEntire. She breathes the very rarest of air.

New Music From Sam Hunt: Water Under The Bridge 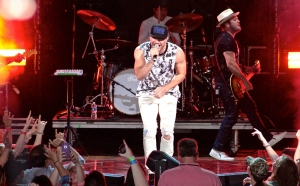 Sam Hunt has been teasing on social media the last couple of days that he would be releasing a new song today, that song is "Water Under The Bridge". This uptempo track takes a look back at more carefree days. Sam also said in an interview that he hopes to have an album completed by the end of the year.

WYNN - Words That Are Thier Own Opposites! 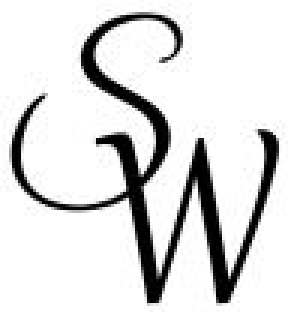 I honestly never thought of this before, but there are words that are their own opposites.  Ran across this list and it was fun and eye-opening!

Words That Are Their Own Opposites