My First Concert of 2020: Morgan Wallen 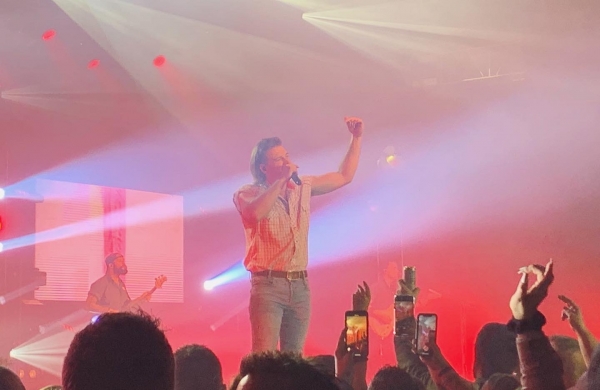 Last night was my first concert of 2020- the Whiskey Glasses Roadshow: Morgan Wallen, Jon Langston and Ashland Craft. It was a great way to start a year full of great country shows.

Ashland is a newcomer and she put on a fun, upbeat set. Jon followed with his amp-ed up tunes that had the crowd ready to go. When I say ready to go, I mean for Morgan Wallen. This guy is a star. He is a mullet-wearing good-ole boy. The MGM CenterStage venue was packed for his set and this show was added as a result of him selling out his original date so fast for tomorrow night's show. His star is rising. People love him for his everyday, fun, upbeat, relatable music. Up Down, Whiskey Glasses- how can you not love those songs? His new single Chasin' You just proves that he has range and he is here to stay. Morgan had the crowd in the palm of his hand and they were loving it, and the great part- he was loving it too.