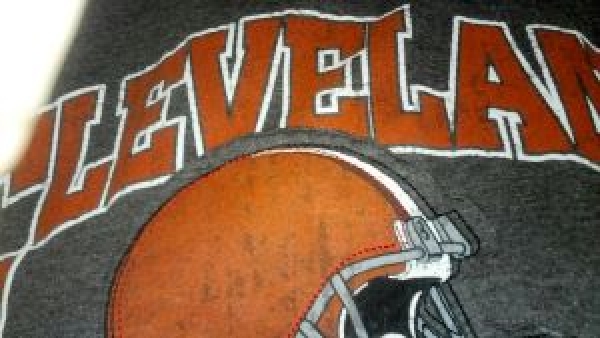 Today is a big day for Browns fans around here and all over the country.  The Browns have advanced in the NFL Playoffs, and it's time to move on to the next level.

I am so glad we get the Chiefs today.  I know they are the champs, and I know they are the darlings of the NFL.  But what better way for the Browns to move on, and command the respect of everyone than to beat the Chiefs.  This week, the Browns have taken a huge leap forward by not only eliminating Steelers, but possibly changing THAT franchise for the next few years. The Steelers have to reshape who they are now, that is clear. They know Browns are for real, and are here to stay. The days of the Steelers having a 14 or 12 game schedule (Browns and Bengals) are over.

I'm not here saying that the Browns are going to win the Superbowl this year, because the NFL can be a stair step deal.  Seems teams get better, they make the playoffs, they lose. The next year they win a playoff game, and then get eliminated. The next year, they go father, and so on.  And even though history can show that's the way it generally goes, there's no rule that says it has to be that way.  Not many teams come out of nowhere and win it all - in any sport.  But what if these Browns are a bit different?  We as fans should not be wary of the Chiefs.  We should respect them, and prepare for them, and then go out and beat them. There is no rule that says we can't.

When it comes to the Browns, I am not of the mindset of, "I'm happy to be here," or "Whatever happens today, it's been a great season,"  or "I support my team win or lose."  To me, that's preparing for a loss, and I'm not there. I say we've earned our place, we've been invited to the party, and it's time to stop knocking at the door, and now it's time to kick it down.  The best part of the NFL Playoffs is that it's not a best of series. It's one and done. Play well for a few games and you can win it all. And that plays to the Browns favor, as they are playing good ball right now.  If they play like who they are, there is no reason they can't dispense of the Chiefs and move on.

I know, the clowns at ESPN and all the other sports channels already have the Chiefs repeating, three-peating, and Mahomes is already the greatest player of all time.  But as great of a young player as he is, and will be if he stays injury free, the Browns are on fire from within. He's not entitled to a title, and neither are we. We gotta go get it. This is the time of year that the heart can really play a part. It isn't about how much you want it.  Everyone wants it, no matter what team you're talking about, that's a given.

It's how much you want  - to be who you are.  To do the right things to win a game like this.  To be smart, be disciplined, be physical, to play with no big mistakes, and to play free and easy.  And from what I see, I don't think the Browns care one bit who they play this week, or next week.

And to me that is the way you move on. Not thinking about next Sunday, this Sunday,  but knowing that next Sunday you'll be doing the same thing again.

GO BROWNS  - Be who you are - and win from within!