TRIBE - Hope For A Good Start! 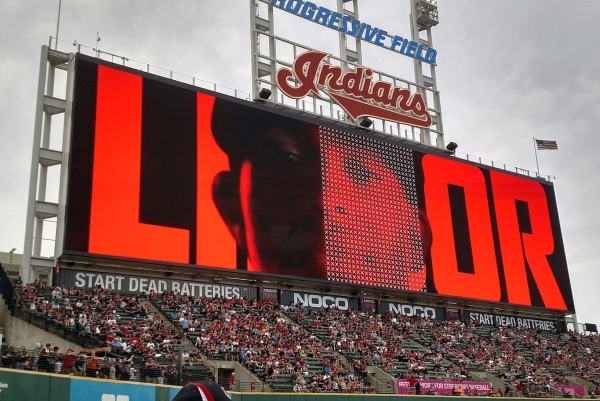 You may have heard that the Indians signed Frankie Lindor to a nice 17 million dollar contract for the upcoming season.  Good news.  Does that mean he'll be here for the next two years?  No.  They will never be able, and shoudn't pay him, or anyone 300-400 million to play ball here in Cleveland.  But it does mean if the Tribe gets off to a good start, and is very much in the playoff hunt, he'll be here all year.

I feel the Indians are really thinking about making a run this year.  With good health, good pitching and some good luck they should. And Lindor will be right in the middle of it. Bad start and fall out of it, Frankie could be dealt by late July.  It's about that simple.  I love him too, but the price tag is far too high, and I think most of us know that, although not liking to admit it.  The owners are not cheap. They are smart, and run about the best originization in MLB, and 300 million is a lot of money on a single player, and would strap the team.  Think about this.

The vast majority of the top paid 15 paid players in MLB last year were NOT in the post season.  Teams simply can't afford to spend it, and put a good roster on the field. Look at Bryce Harper. All those years in Washington, leaves and signs a 350 million dollar deal with Philly, who don't make playoffs and Washington WINS the World Series.  Not coincidence.  The Yankees, and Dodgers spend zillions, and they have not won it either recently.

But what Lindor has done and will do will be remembered for years here.  He's a great guy, great player, and when they drafted him he was the front man on rebuilding the franchise.  He's taken us to the playoffs, and World Series. And this year he may again.  But then there's the future legacy.  When the time comes for him to go, he will rebuild the team yet again, as he will bring a kings ransom when they do trade him.  But let's worry about that when the time comes.

This year, let's watch him work his magic, let's get this thing started.

More in this category: « BROWNS - Back On The Hook LOCAL - NEOPAT - TAWG Blog! »
back to top