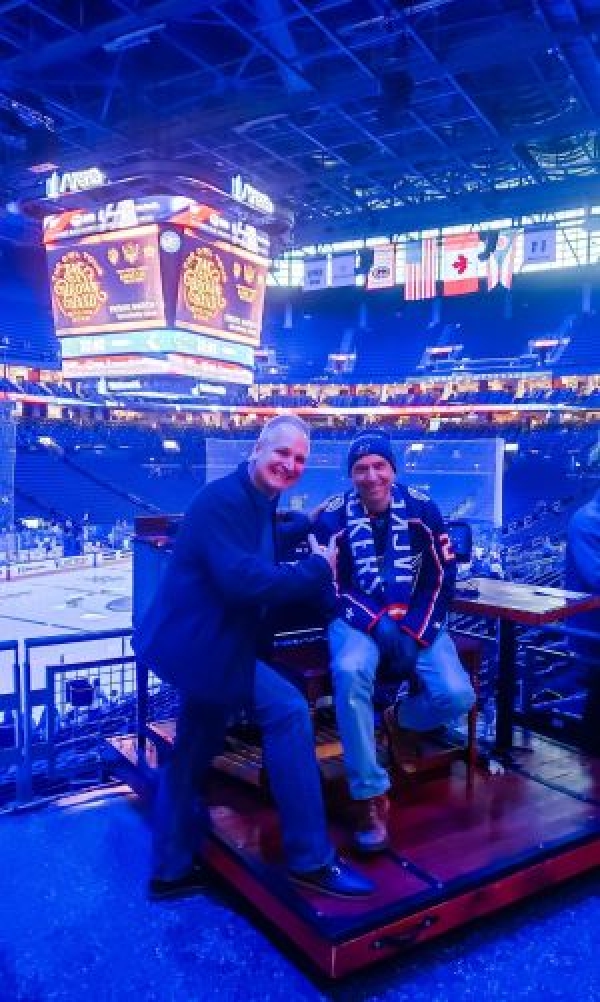 Over the weekend, The Beautiful Windy and I made a short road trip to Columbus to catch a Blue Jackets game on Saturday.  We had so much fun last season doing it, we decided that it was a good idea again.  We had the best time!!

We went to the new Rocket Mortgage Fieldhouse here in Cleveland last weekend, to see the Ohio State/West Virginia basketball game, and it's amazing! But this weekend, we were at Nationwide Arena in C-Bus!  Both incredible places.  While we were there, enjoying a Christmas Ale, I struck up a conversation with Nate The Organist at Nationwide Arena before the puck dropped.  Good guy.  He sits right there in the seats and plays during the game.  I had forgotten how much I liked having it played during the game.  A bit of old school, but sometimes that's great.

Talking with Nate before the game! 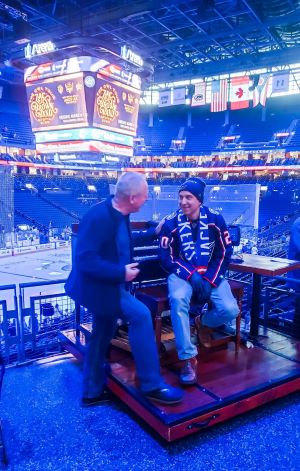 They have the same type of stuff all arenas do, with the great videos, and loud pop songs to get you going during the game, and we all love that too. But it is fun to hear the organ played during the game!  Takes you back.  And as I talked with Nate, he states that the organ is making a comeback to stadiums and arenas around the country, and he, and they, are at the forefront, as he has been there 7 years now.

It was great talking with Nate, as I always love talking with people who do interesting jobs.  And Nate has one.  Even tough the Jackets lost 3-2, a great time to be sure.  The Blue Jackets really put on a GREAT show and going to a game is totally worth it.

More in this category: « NEW YEARS - Best Year Of My Life VERY COOL - Take A Float! »
back to top