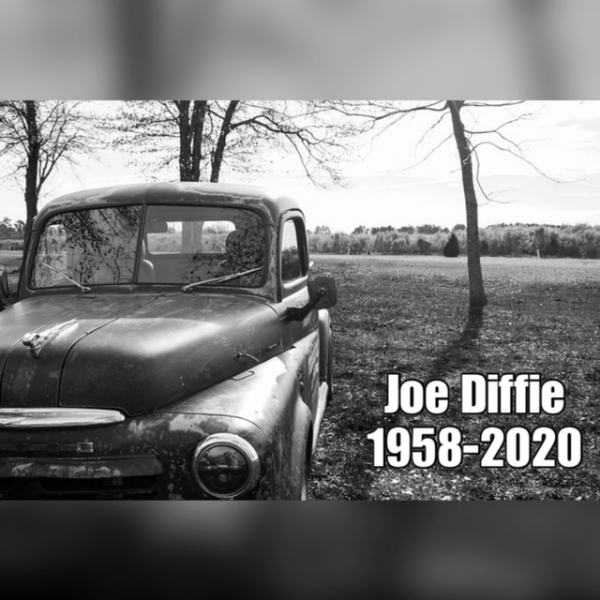 Yesterday marked a sad day in country music and in general. Joe Diffie died due to complications from coronavirus. He was 61. Joe was survived by his 5 children and wife Tara. So sad.

He is a legend, a great voice and from everything I ever noticed, a great guy. He personified 90s country. The voice, the music, the lyrics, the hair, everything. Billy Bob loves Charlene. I love that line! When the announcement came down on Friday that he had tested positive for the virus, I was shocked, but I never thought he would not recover. This is shocking and if anything this makes me take this entire situation that much more serious. I don't know if he had pre existing conditions or what, if anything played a role in his death, but he perished by Sunday. So sad.

I do know that his music is awesome, and something we will have forever. Everyone loves John Deere Green, Pick Up Man, and Third Rock From the Sun and all of his great 90s hits. He is a legend. When I heard he was coming back to the area to be a part of Neon Nights later this summer, I was thrilled. I wanted to see him live. He is the 90s, he is and still will influence the artists of today. I mean Thomas Rhett wrote the song 1994 about him that Jason Aldean recorded.

It is a sad time indeed for country music. So we will listen to Joe Diffie music and be thankful we had one of the best singers in him for the time we did.

More in this category: « New White Claws! 70 Cals, 0 Carbs, 0 Sugars! Local Take Out: Peppe and Luigi's in Barberton »
back to top