The Country Fest 2022 Lineup is HERE! 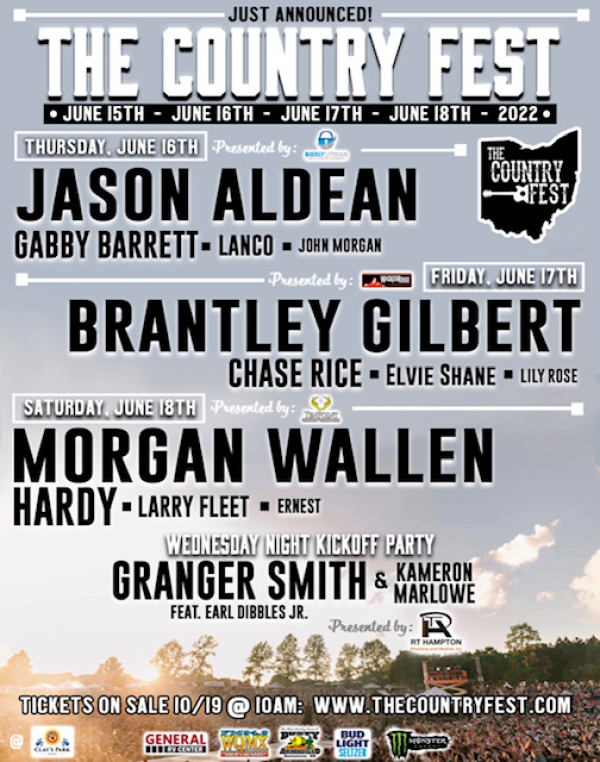 Commuter tickets, Festival camping tickets and pit passes will go on sale tomorrow morning at 10am at thecountryfest.com

Deluxe camping packages will also go on sale at 10am but those are sold by Clay's Park directly.

More in this category: « What Do You Miss About the Office?! Sarah Kay Got Brows! »
back to top