This Day In Country Music: Brooks & Dunn Are #1 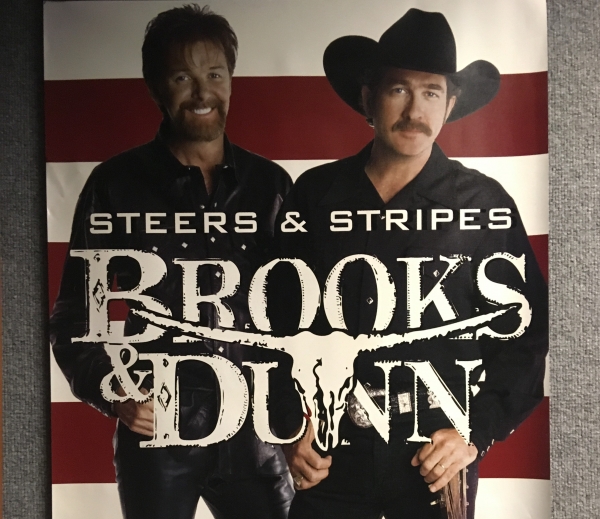 On this day in 2001, Brooks & Dunn's seventh studio album Steers & Stripes debuted at #1 on the Billboard Top Country Albums Chart! Funny how history repeats itself, although not surprising. The duo just released their Reboot album on April 5th, an album filled with their biggest hits, sung alongside some of country's hottest artists. The album has done very well right out of the gate, another #1 for them on the Billboard Top Country Albums chart, their first in a decade and seventh over all!

Steers & Stripes produced five singles, three of which were #1's, but it was the albums first single "Ain't Nothing 'Bout You" that was the biggest hit. The song spent six weeks at the top of the charts and was also the #1 song for the entire year of 2001. Of course, the song is featured on the Reboot album done as a duet with Brett Young!