New Music From Thomas Rhett ft. Riley Green: Half of Me 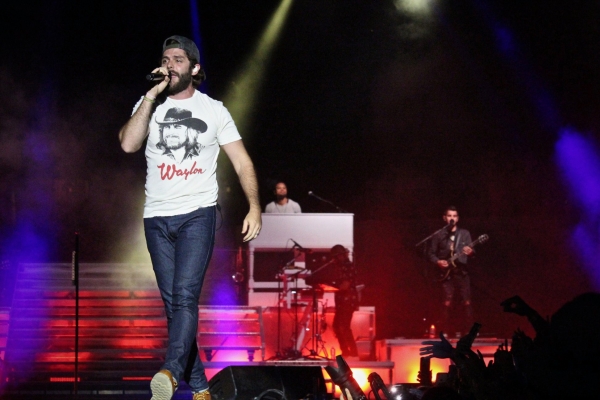 Thomas Rhett just scored his 19th #1 single with "Slow Down Summer" and today he announced that his next single is a duet with Riley Green. This is the next single from his latest album Where We Started and it's called "Half Of Me" and was co-written by Thomas, Rhett Akins, William Bundy and Josh Thompson, and it's about putting away the to-do list and kicking back.

"Today is a really cool day," Thomas Rhett said in a press release. "I'm pretty blown away to be celebrating my 19th No. 1 with 'Slow Down Summer' and the release of my new single 'Half Of Me.' I wrote both of these songs with my dad, which is special to me, and several other truly incredible songwriters. I hope fans have as much fun singing along to 'Half Of Me' as we did writing it."