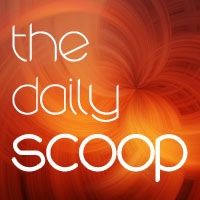 The average person in the US eats about 40 pounds of cheese per year! The US remains the largest cheese consuming country worldwide. 24% of total volume!

56% of us would pay to use a public toilet if they were guaranteed it would improve.

Oscar Mayer is introducing a hydrating face mask – shaped like a slice of bologna. The limited-edition Bologna Sheet Mask is available now on Amazon - $4.99.

New study shows that donuts, alcohol, energy drinks, and burgers although delicious, drag our mood down as the day goes on