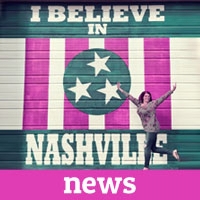 The Academy of Country Music's reigning New Female Artist of the Year, Gabby Barrett, and the reigning New Male Artist of the Year, Jimmie Allen, join Dolly Parton as hosts of the 57th Academy of Country Music Awards.
Gabby and Jimmie will also announce this year's nominees on Thursday at 10:30 a.m. ET on the Academy's Twitter account.
The ACM Awards will stream exclusively on Amazon Prime Video on March 7th.

Kenny Chesney has added 20 amphitheater dates to his 2022 Here and Now stadium tour, which kicks off April 23rd in Tampa, Florida. The amphitheater dates are mixed in with stadium stops and include Carly Pearce as the opening act.

Kenny and Carly will stop at Blossom on June 9th!